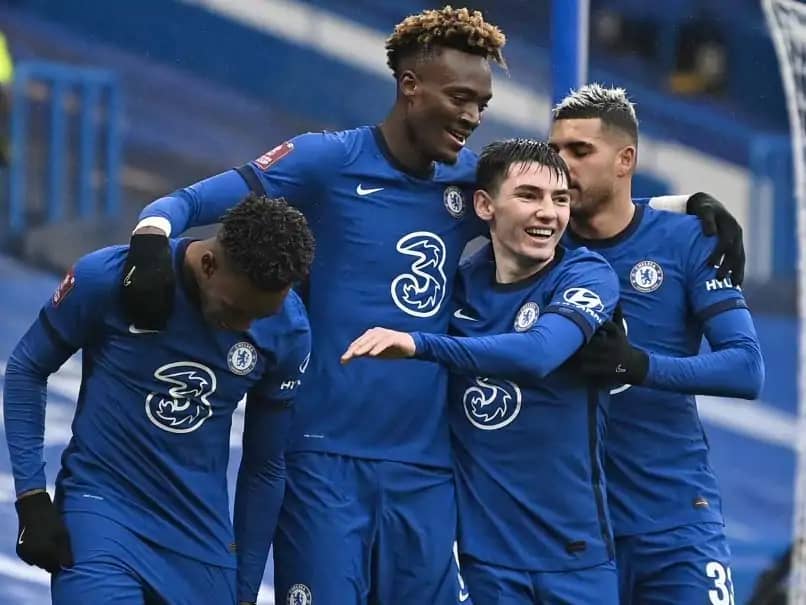 Tammy Abraham’s hat-trick sends Chelsea into the last-16 of the FA Cup.

Tammy Abraham’s three goals was all Chelsea needed to get past Luton Town FC in the FA Cup fourth round, as coach Frank Lampard found reason to smile again.
As early as the 11th minute, Timo Werner cut-back for Tammy Abraham on the edge of the box, who slotted past Simon Sluga to give Chelsea the lead.
Five minutes later, he had gotten a brace as well as doubled Chelsea’s lead, nodding from a lovely, curly, pinpoint Reece James’ chip.
On the half hour mark, Kepa Arrizabalaga made a horrendous goalkeeping error which he has come to be known for lately, as Jordan Clark halved the deficit for the visitors.
That goal gave The Hatters a glimmer of hope as they attacked The Blues with more intent onwards, but Gilmour and super sub Hudson-Odoi combined brilliantly to layoff for Abraham who poked home from point-blank range in the 74th minute, to seal victory for The Blues as well as secure the match ball for himself.
In the closing minutes, German attacker Timo Werner was presented with an excellent through ball to make it 4-1, but attempted to round the keeper, was fouled, and then missed the penalty that was awarded.
Chelsea will face Championship side Barnsley in the fifth round, with 16 teams left in the competition.
Tags:ChelseaFA CupFootballFree kickHat trickliverpoollossesManUpenaltyTammyTammy Abrahamwin