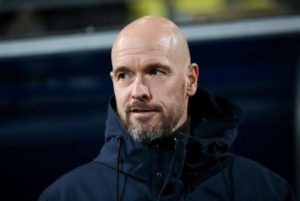 The club’s football director John Murtough said, in an interview, that during the last four years at Ajax, Eric has proven himself to be one of the most exciting and successful coaches in Europe.

The move was seeing the deficiency of the team in its inability to live up to two standard as a first choice team in Europe.

Coach Eric is expected to resume right from the end of the 2021/22 football season, taking over from the next season, and the deal is expected to last until 2025 with strong options to rollover.

In an open statement, Coach Henry Ten Hag has said that it is a great honour to be appointed manager of Manchester United and that he is hugely excited to face the challenge though it will also be very difficult to say goodbye to Ajax.

The Manchester United Fans’ Community are really expectant that he will revive the club. My question for the day is, will Henry Ten Hag be the change Manchester United needs? Drop your opinion on the comments and let’s talk, I’d be waiting.