The Blues goalkeeper Edou Mendy has won the ‘Best African International’ award at the Ghana Football Awards, it has been confirmed.

Edouard Mendy had quite the season during the 2020/21 campaign. He joined Chelsea from Stade Rennes last summer and went onto become a Champions League winner in his first season.

Mendy slotted into Frank Lampard’s side before going under the management of Thomas Tuchel in January, replacing Kepa Arrizabalaga as Chelsea’s number one goalkeeper.

A lot of Chelsea players have been in the headlines recently due to their involvement in the Euros – well, Senegalese Edouard Mendy has been up to some top stuff as well after enjoying his cruise filled holidays. Congratulations to him! 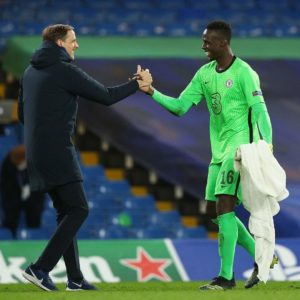 The 2021 Ghana Football Awards was staged in the nation’s capital, Accra, on 3rd July to recognize the efforts of footballers and coaches in the year under review. The weekend was a tremendous one indeed for everyone present at the Accra International Conference Centre (AICC).

This year’s edition of the event was graced by top dignitaries including the Minister of Youth and Sports, Hon. Mustapha Ussif, clubs administrators, musicians, celebrities, journalists, former footballers and Ghanaian football Stars. Big congratulations to Mendy. 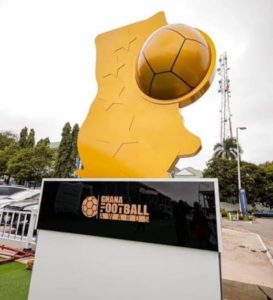 MALE TEAM OF THE YEAR

FEMALE TEAM OF THE YEAR

MOST VIBRANT CLUB ON SOCIAL MEDIA

Other honorary awards that were awarded on the awards night include:

PLAYER OF THE DECADE AWARD